The 16th installment of music related videos I find entertaining.With no said date.Meaning it could of came out today or 20 years ago.Its been awhile since I did one of these.Last time around was 80′s and early 90′s hair bands with songs that are bigger then their enormous doo ski’s.This time…….. NYC’s own Carol C Of Si*Sé, Juca & DJ extraordinaire.

Carol C is most known for her work with Si*Sé and releases with DJ Nickodemus of “Turntables on the Hudson” fame.And one of my favorite singers.

There was so much Carol C material left cause she is so great I didn’t want to slow down the page so I made a second part full of some of hervideos.When your done her you can catch Video Music Box # 17 Here…

DJ Carol C reveals some of her sexy spin tactics to Styelyes.2008

This is EarthRise SoundSystem’s (Derek Beres & Duke Mushroom – earthrisesoundsystem.com) first official video. “Labyrinths” is the theme song for the documentary film, The Spirit Molecule (thespiritmolecule.com), which I music supervised and Duke scored. The idea behind the video was to capture each musician in their respective NYC borough in relatively unknown areas to outsiders:

Video by Meta-Lingo & Directed by Phil Aupperle and Liz Do

Si*Sé is a downtempo and electronic group from New York City. The main members of the band are Carol C (vocals, DJ) and Cliff Cristofaro (producer). Other members of the band include Ryan Farley (drums), Neil Ochoa (percussion) and Morgan Phillips (Bass). Jeannie Oliver was the viola player during the first two albums, but left the band in 2005. Olivia Martinez (viola) and Tarrah Reynolds (violin) have also played in place of Jeannie over the years. In 2001 they toured worldwide with Talking Head’s David Byrne. They have also performed with Norah Jones, Kinky, Kraftwerk, Los Amigos Invisibles, Cody Chestnut & The Roots, Gotan Project, James Brown, Julieta Venegas, Cesaria Evora and Natacha Atlas.Read More Here…

Si•Sé hits Coney Island for some fun and games! The video is set to “The Chain,” from their new GOLD EP, based off the original by Fleetwood Mac. Shot entirely on iPhones, Flip-Cams, and “Point and Shoots!”
Directed and Edited by The Crystal Pharoah.
Shot by Burt Banger, The Crystal Pharoah, Ryan Farley, Carol C, Neil Ochoa, Nicole Arena. 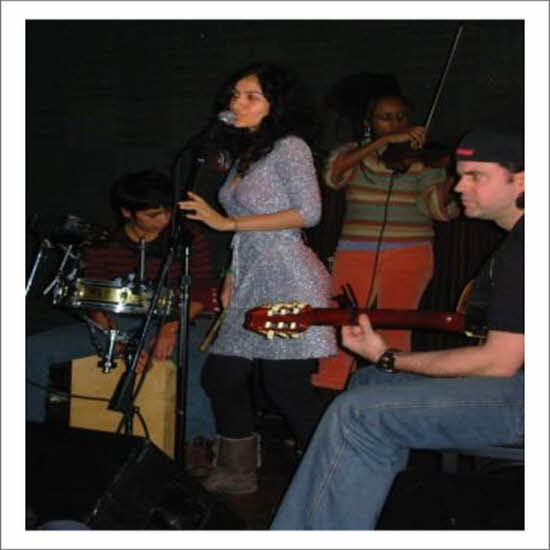 Juca is the side project of singer/producer Carol C. and producer/programmer Justin Filmer.

For more Info on Carol C and/or Si*Se

If they are ever in your area they put on one of the better live shows I seen from a band.I been blessed to see them a hand full of times over the years. And even though that live videos were great, they really didn’t do their live show justice.