NYPD Confirms Mister Cee Arrest
Via: XXL
A spokesperson for the NYPD confirms to XXL that the Hot 97 DJ was picked up after being caught in a lewd sex act..Legendary hip-hop DJ, Mister Cee, was arrested last Wednesday (March 30) after getting caught in a public sex act.

A rep for the NYPD confirmed the arrest to XXLMag.com saying that the Hot 97 personality was busted on Wednesday afternoon at 4 a.m. in a parked car within the confines of the first police precinct. He was charged with public lewdness and exposure.

Rumors quickly spread over the weekend that Cee, the former DJ for Big Daddy Kane and The Notorious B.I.G., was caught with a transvestite. Longtime friend, Funkmaster Flex, took to his blog, inflexwetrust.com, to deny the allegations. “Please be advised this rumor is not true,” he wrote. “Stating false allegations about somebody and presenting it as valid information is unethical. Please continue to listen to Mr. Cee everyday at noon Monday through Friday on Hot 97 and Hot97.com.”

This isn’t the first time Cee was accused of being with a transvestite. Wendy Williams alluded to it on her radio show on Kiss FM back in 2007.

Update: Cee took to his Twitter account this afternoon to deny the claims: “Time to get this shit cleared up so make it quick cause i aint feeling this Twitter shit NYPD has a detective squad after all Rappers & DJ’S.”

Stay tuned to XXLMag.com as the story develops. —Elan Mancini

Just kidding.I Guess he got caught getting a old school at nooner 😦 Is he really blaming the Hip Hop police? Damn.I hope he wasn’t known as The Finisher amongst the tranny hooker community also 😦 Now we know why Big Daddy Kane called Mr Cee a nasty African. (Gong) I was reading a message board though and they were calling him Mr Cee-Man:(

In all seriousness though I wish him the best and hopefully he can make peace with himself as a human being. 😦 No matter how it went down he is still a great DJ.Unlike the photoshopper known as me:( Prime example of his skills is this mixtape from 96. 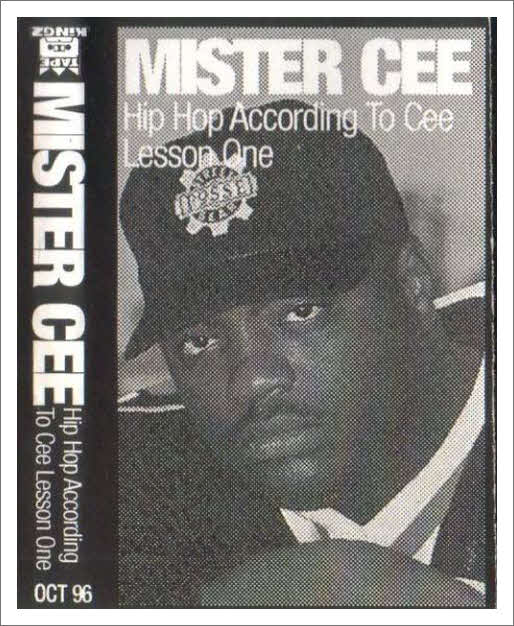 Mister Cee – Hip-Hop According to… (1996 Mixtape)
Via: iknowtheledge.com

What would’ve been like to grow up in NYC during the 90′s? When Hot97 was playing Black Moon and Reasonable Doubt album cuts. Gone are the days, now its Jim Jones and Webstar. Here is a classic mixtape from Mr. Cee. Just some quality old music to get inspired and/or reminisce too. Mister Cee isn’t the best mixer/blender on a mixtape but you gotta give him song selection.