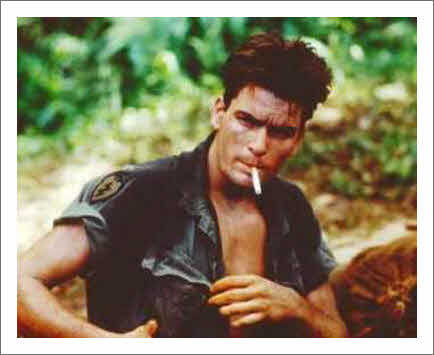 In this video Charlie Sheen lets Good Morning America know he isn’t Bi-Polar, he is Bi-Winning. Also he parties hard, harder then you!! You will look like a droopy eyed armless child!!!

Here are eleven of the most incendiary, odd, or just plain inexplicable things Sheen said on the air:

On people who talk about him:
“Look what I’m dealing with, man. I’m dealing with fools and trolls. I’m dealing with soft targets, and it’s just strafing runs in my underwear before my first cup of coffee … they lay down with their ugly wives and their ugly children and just look at their loser lives and then they look at me and say, ‘I can’t process it.’ Well, no, and you never will! Stop trying! Just sit back and enjoy the show.”

On Chuck Lorre’s Sheen-tweaking vanity card:
“I didn’t care for that vanity card … that was one of the few compliments that clown has paid me in almost a decade.”

On Lorre himself:
“I’m tired of being told ‘You can’t talk about that, you can’t talk about that.’ Bull S-H-I-T. There’s something this side of deplorable that a certain Chaim Levine — yeah, that’s Chuck’s real name — mistook this rock star for his own selfish exit strategy, bro. Check it, Alex: I embarrassed him in front of his children and the world by healing at a pace that his unevolved mind cannot process. Last I checked, Chaim, I spent close to the last decade effortlessly and magically converting your tin cans into pure gold. And the gratitude I get is this charlatan chose not to do his job, which is to write. Clearly someone who believes he’s above the law.”

On his power:
“I’m sorry, man, but I’ve got magic. I’ve got poetry in my fingertips. Most of the time — and this includes naps — I’m an F-18, bro. And I will destroy you in the air. I will deploy my ordinance to the ground.”

On Major League 3:
“It’s being directed and written by a genius named David Ward who, I don’t know, won the Academy Award at 23 for writing The Sting? [Ed. He was 29.] It was his pen and his vision that created the classic that we know today as Major League. In fact, a lot of people think the movie’s called Wild Thing, as they should. Whatever … If they want me in it, it’s a smash. If they don’t, it’s a turd that opens on a tugboat.”

On why he should be feared:
“There’s a new sheriff in town. And he has an army of assassins.”

Wait, what?
“Guys, it’s right there in the thing, duh! We work for the Pope, we murder people. We’re Vatican assassins. How complicated can it be? What they’re not ready for is guys like you and I and Nails and all the other gnarly gnarlingtons in my life, that we are high priests, Vatican assassin warlocks. Boom. Print that, people. See where that goes.”

No, seriously: What?
“If you love with violence and you hate with violence, there’s nothing that can be questioned. People say, ‘Oh, you’d better work through your resentments.’ Yeah, no. I’m gonna hang on to them, and they’re gonna fuel my attack. And they’re going to fuel the battle cry of my deadly and dangerous and secret and silent soldiers. Because they’re all around you. Sorry, you thought you were just messing with one dude. Winning.”

On Alcoholics Anonymous:
“It’s the work of sissies. The only thing I’m addicted to is winning. This bootleg cult, arrogantly referred to as Alcoholics Anonymous, reports a 5 percent success rate. My success rate is 100 percent. Do the math … another one of their mottoes is ‘Don’t be special, be one of us.’ Newsflash: I am special, and I will never be one of you! I have a disease? Bullshit! I cured it with my brain, with my mind. I cured it, I’m done … you don’t look like you’re having a lot of fun. I’m gonna hang out with these two smoking hotties and fly privately around the world. It might be lonely up here but I sure like the view, Alex!”

On ex-presidents:
“I’m not Thomas Jefferson. He was a pussy.”