67 Perseverance Quotes to Keep You Going By Marelisa

67 Perseverance Quotes to Keep You Going
by Marelisa

Now you can literally design a blueprint for your ideal life and get started creating that life step-by-simple-step: “How to Live Your Best Life”. 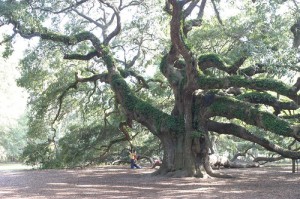 1. “Nothing in this world can take the place of persistence. Talent will not; nothing is more common than unsuccessful people with talent. Genius will not; unrewarded genius is almost a proverb. Education will not; the world is full of educated derelicts. Persistence and determination alone are omnipotent. The slogan “press on” has solved and always will solve the problems of the human race”

2. “In the confrontation between the stream and the rock, the stream always wins- not through strength but by perseverance.”

3. “If I had to select one quality, one personal characteristic that I regard as being most highly correlated with success, whatever the field, I would pick the trait of persistence. Determination. The will to endure to the end, to get knocked down seventy times and get up off the floor saying. “Here comes number seventy-one!”

4. “Perseverance is a great element of success. If you only knock long enough and loud enough at the gate, you are sure to wake up somebody.”

5. “The road to success is dotted with many tempting parking places.”

7. “One of the commonest mistakes and one of the costliest is thinking that success is due to some genius, some magic – something or other which we do not possess. Success is generally due to holding on, and failure to letting go. You decide to learn a language, study music, take a course of reading, train yourself physically. Will it be success or failure? It depends upon how much pluck and perseverance that word “decide” contains. The decision that nothing can overrule, the grip that nothing can detach will bring success. Remember the Chinese proverb, “With time and patience, the mulberry leaf becomes satin.”

9. “A little more persistence, a little more effort, and what seemed hopeless failure may turn to glorious success.”

12. “Perseverance is a positive, active characteristic. It is not idly, passively waiting and hoping for some good thing to happen. It gives us hope by helping us realize that the righteous suffer no failure except in giving up and no longer trying. We must never give up, regardless of temptations, frustrations, disappointments, or discouragements.”

13. “The greatest oak was once a little nut who held its ground.”

15. “If one dream should fall and break into a thousand pieces, never be afraid to pick one of those pieces up and begin again.”

17. “The race is not always to the swift, but to those who keep on running.”

19. “A difficult time can be more readily endured if we retain the conviction that our existence holds a purpose – a cause to pursue, a person to love, a goal to achieve.”

21. “Don’t be discouraged. It’s often the last key in the bunch that opens the lock.”

22. “The man who removes a mountain begins by carrying away small stones.”

23. “Success seems to be largely a matter of hanging on after others have let go.”

24. “The harder the conflict, the more glorious the triumph. What we obtain too cheap, we esteem too lightly; it is dearness only that gives everything its value. I love the man that can smile in trouble, that can gather strength from distress and grow brave by reflection. ‘Tis the business of little minds to shrink; but he whose heart is firm, and whose conscience approves his conduct, will pursue his principles unto death.”

25. “Big shots are only little shots who keep shooting.”

27. “I think and think for months and years. Ninety-nine times, the conclusion is false. The hundredth time I am right. ”

28. “The most essential factor is persistence – the determination never to allow your energy or enthusiasm to be dampened by the discouragement that must inevitably come.”

29. “He who would do some great thing in this short life, must apply himself to the work with such a concentration of his forces as to the idle spectators, who live only to amuse themselves, looks like insanity.”

30. “Look at a stone cutter hammering away at his rock, perhaps a hundred times without as much as a crack showing in it. Yet at the hundred-and-first blow it will split in two, and I know it was not the last blow that did it, but all that had gone before.”

31. “Success . . . seems to be connected with action. Successful men keep moving. They make mistakes, but they don’t quit.”

32. “At the timberline where the storms strike with the most fury, the sturdiest trees are found.”

33. “Boys, there ain’t no free lunches in this country. And don’t go spending your whole life commiserating that you got the raw deals. You’ve got to say, I think that if I keep working at this and want it bad enough I can have it. It’s called perseverance.”

34. “Champions keep playing until they get it right.”

36. “The miracle, or the power, that elevates the few is to be found in their industry, application, and perseverance under the prompting of a brave, determined spirit.”

38. “Victory is always possible for the person who refuses to stop fighting.”

39. “Decide carefully, exactly what you want in life, then work like mad to make sure you get it!”

40. “It is not enough to begin; continuance is necessary. Mere enrollment will not make one a scholar; the pupil must continue in the school through the long course, until he masters every branch. Success depends upon staying power. The reason for failure in most cases is lack of perseverance.”

41. “It does not matter how slowly you go so long as you do not stop.”

44. “Perseverance is not a long race; it is many short races one after another.”

45. “Try not to do too many things at once. Know what you want, the number one thing today and tomorrow. Persevere and get it done.”

47. “Most people never run far enough on their first wind to find out they’ve got a second.”

48. “Our greatest weakness lies in giving up. The most certain way to succeed is always to try just one more time.”

49. “Conquering any difficulty always gives one a secret joy, for it means pushing back a boundary-line and adding to one`s liberty.”

50. “There is no telling how many miles you will have to run while chasing a dream.”

51. “What we do not see, what most of us never suspect of existing, is the silent but irresistible power which comes to the rescue of those who fight on in the face of discouragement.”

52. “Persist and persevere, and you will find most things that are attainable, possible.”

53. “In general, any form of exercise, if pursued continuously, will help train us in perseverance. Long-distance running is particularly good training in perseverance.”

54. “Energy and persistence conquer all things.”

57. “In case of doubt, push on just a little further and then keep on pushing.”

58. “There are only two mistakes one can make along the road to truth; not going all the way, and not starting.”

59. “The majority of men meet with failure because of their lack of persistence in creating new plans to take the place of those which fail.”

60. “Be audacious and cunning in your plans, firm and persevering in their execution, determined to find a glorious end.”

61. “I will persist until I succeed. Always will I take another step. If that is of no avail I will take another, and yet another. In truth, one step at a time is not too difficult. I know that small attempts, repeated, will complete any undertaking.”

62. “If your determination is fixed, I do not counsel you to despair. Few things are impossible to diligence and skill. Great works are performed not by strength, but perseverance.”

63. “I’ve always made a total effort, even when the odds seemed entirely against me. I never quit trying; I never felt that I didn’t have a chance to win.”

64. “When obstacles arise, you change your direction to reach your goal, you do not change your decision to get there.”

65. “Perseverance, secret of all triumphs.”

66. “There’s only one way to succeed in anything, and that is to give it everything.”

67. “The will to persevere is often the difference between failure and success.”

This entry was posted in Books/ Poetry/ Writings and tagged Perseverance, Quotes. Bookmark the permalink.